Little Grim are back with a brand new video for their latest single 'Sparks' and are bigger, better and bolder than before. 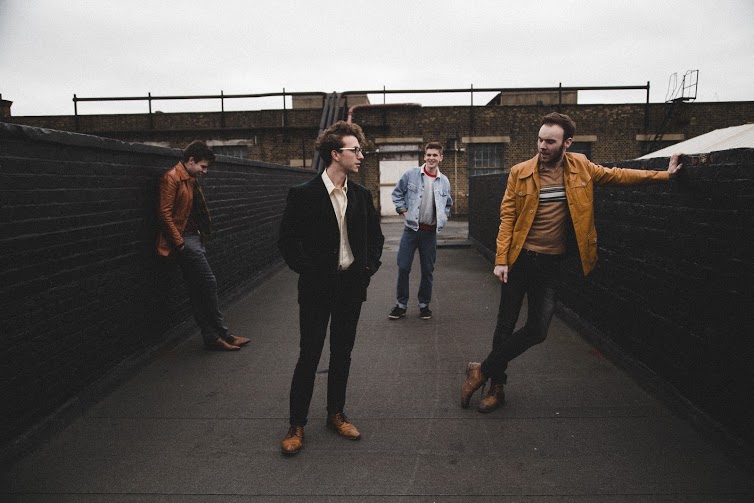 Little Grim are back with a brand new video for their latest single 'Sparks' and are bigger, better and bolder than before.

First things first, 'Sparks' is an outrageously good track. It's got everything that makes a perfect indie pop song: teasing guitar hooks, ever-changing beats and seductive vocals that can all seem so simple and straight-forward on the surface, yet there's something about it that makes it that so much more interesting. The repeated phrase "sparks gone out" and subsequent lyrics follow the same line by initially creating a sense of positivity, despite the underlying message revolving around love and heartache.

This feeling of sorrow and despair is accentuated in the music video as we're taken back to the seventies, not only through the band's sound, but visually, as we follow a man determined to find his missing wife. Everything from the shots, to the costuming, through to the acting is as slick and professional as the guitar lines in the track, which makes it almost impossible not to fall in love with Little Grim.

If that wasn’t enough, the band are off on their very own DIY tour, ‘The Indie Heroes Tour’ – a project the band have put together themselves with a focus to promote local independent venues. They will be interviewing promoters, engineers and venue owners whilst on tour. Now that’s exactly the kind of stuff we love hearing about.

See the band on tour at the below dates:

NO ONE CARES WHAT YOU THINK, BUT LEAVE A COMMENT ANYWAY

enjoyed that? av' some more

The latest single from Stephen EvEns, 'Dustbin Man' is a janky tale of respect for the many currently keeping the world ticking over.

Ease yourself into the weekend with this storytelling ballad from New Yorker and troubadour, Rosa Tu.

get our Latest posts direct to your inbox weekly

Make sure to check your email and confirm your subscription.